The Southeast Asian real estate award Dot Property Southeast Asia’s Best of the Best 2017 has officially announced the awards winners, in which MIKGroup made the biggest surprise when the company was named in three important awards categories, making it the company’s highest achievement of this year. 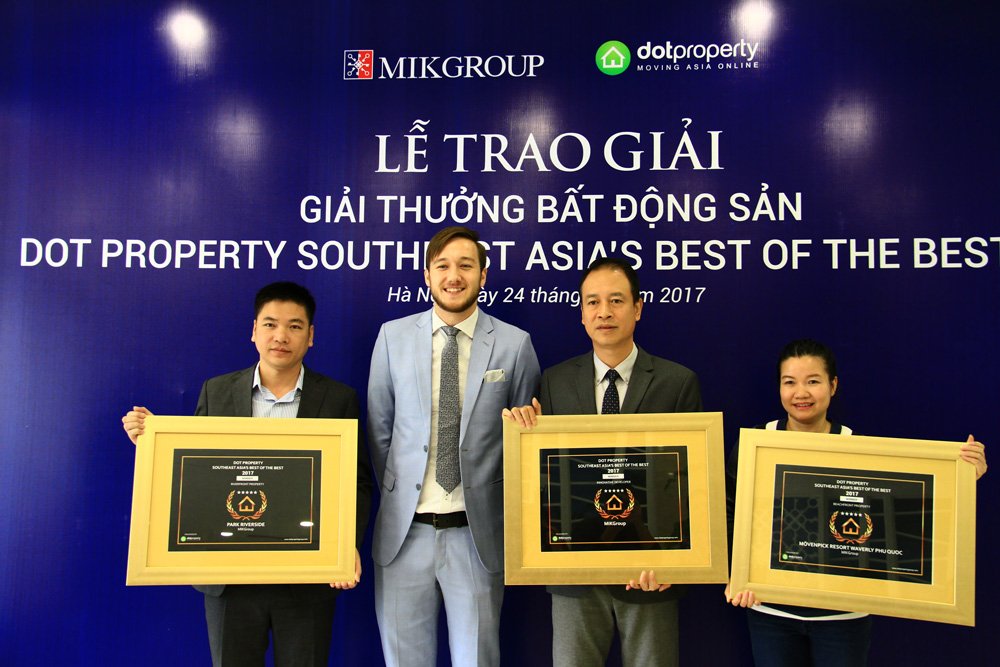 MIKGroup made an impression with the pioneering, innovative spirit in the projects, showing a sustainable, long-term strategic vision yet also very refreshing. MIKGroup is considered as one of the top, noteworthy real estate developers in Vietnam with partners who are large domestic and international developers; MIKGroup develops a diverse portfolio of real estate projects with a shared objective of creating new living values. Each project that MIKGroup releases to the market focuses on differentiation, from premium urban condo projects like Imperia Garden and Imperia Sky Garden in Hanoi to villa and townhouse projects like Park Riverside, Park Riverside Premium, River Park, and RioVista in Ho Chi Minh City, as well as numerous world-class resort projects in Phu Quoc Island.

Previously, the Imperia Sky Garden premium condo complex project developed by MIKGroup was also awarded the title of Vietnam’s Best Green Project by Dot Property thanks to the subtle combination between the green factor and modern facilities.

“We pay special attention to the pioneering and innovative spirit in the projects developed by MIKGroup”, said Mr. Joe Kheng, Dot Property’s Vietnam Country Manager, “With each of their projects, MIKGroup always shows their passion through difference and class. Their win at Dot Property Southeast Asia’s Best of the Best Awards will be the testament for the values and quality of the investor and projects.”

“Winning three prestigious awards of Dot Property Awards 2017 has shown that MIKGroup’s efforts have led to significant successes. This is also a motivation for MIKGroup to continue the journey of gradually becoming a leading real estate developer in Vietnam”, said Mr. Vu Tien Duc, Chairman of MIKGroup.