MIKGROUP GOES BIG WHEN JOINING VIETNAM GRAND PRIX
Share
Trở về danh sách tin tức
In less than two months, the most prestigious sporting event on the planet - Formula 1 - will kick start in Hanoi for the first time ever. Together with millions of Formula 1 enthusiasts, MIKGroup – one of the leading real estate developers in Vietnam – is honored to partner with F1 organizers to bring fans in Hanoi outstanding speed performances from the world's top racers.
Taking place from the 3rd to the 5th of April, 2020, F1 Vietnam Grand Prix is the third race in the 22nd FIA F1 World Championship following the ones in Australia (Melbourne) and Bahrain, and is one of the opening races in Asia. F1 Vietnam Grand Prix is also the only new addition to the 2020 F1 World Championship, which is 5.607 meters long with 23 turns. It is similar to, yet different from, other world-famous races.
That Vietnam becomes the 34th country to host the F1 race, part of the F1 World Championship, has officially put Vietnam on the map of the world’s most prestigious sporting events.
At this event, MIKGroup is honored to partner with the F1 organizers alongside other renowned brands. 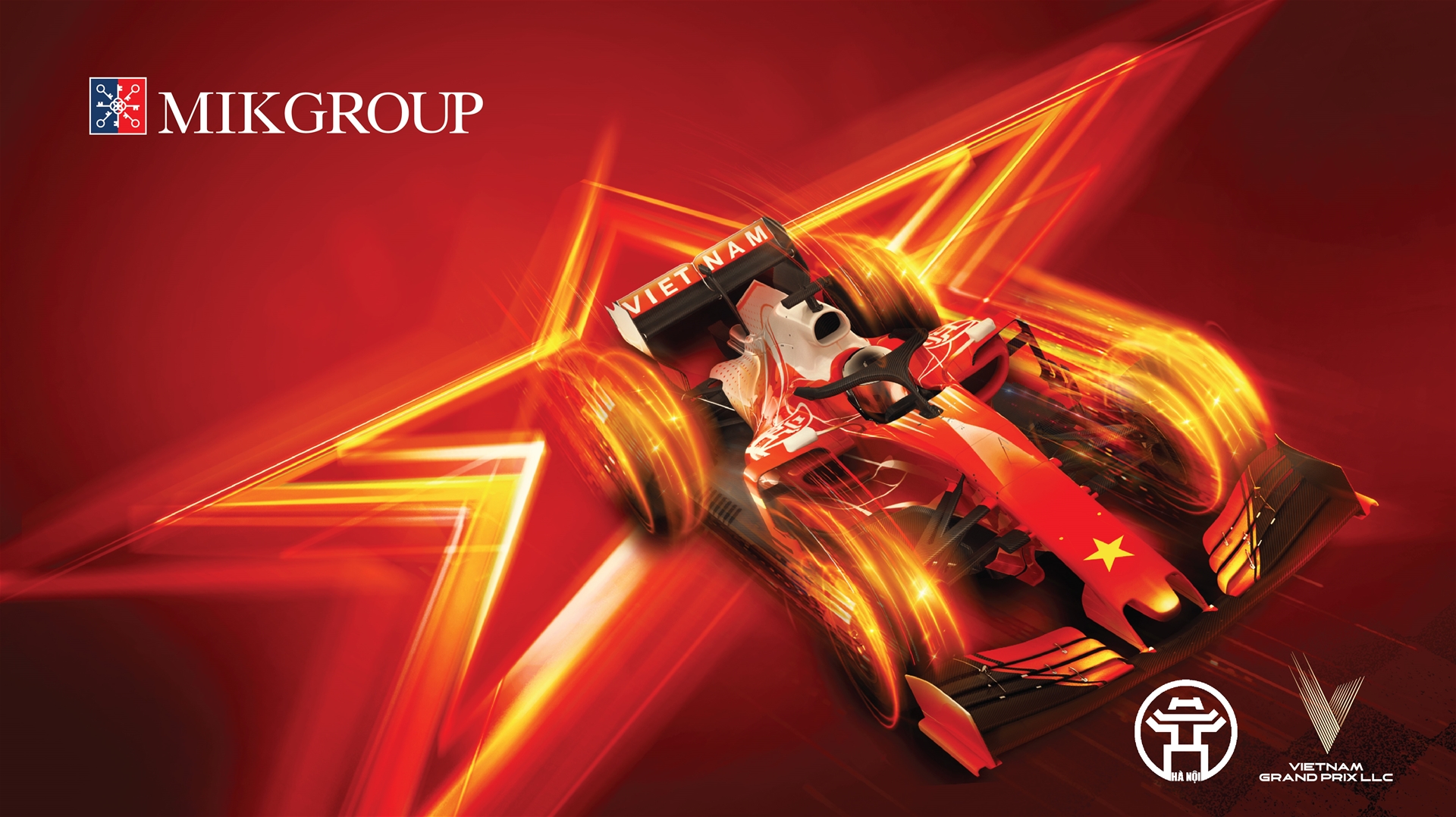 Speaking of this partnership, the spokesperson of MIKGroup’s Board of Directors said: “We are honored to work with Vietnam Grand Prix Limited Liability Company (VGPC) to bring fans of the speed sport in Vietnam the most enjoyable experiences. With a mission to become a pioneer in high-class and superior developments, as well as to build a reputable and sustainable Vietnamese brand regionally and globally, MIKGroup and VGPC share the same vision of promoting the image of a modern Vietnam and Ha Noi - a one-thousand-old civilization to the world, and of putting Vietnam associated with some of the largest sporting events on the map. In addition, MIKGroup hopes to bring Vietnamese businesses networking and partnership opportunities in various fields and to help Vietnamese tourism weather through the epidemic crisis and maintain the trust of tourists in a safe and friendly Vietnam.”

Known as a leading group in real estate investment, trading, and development in Vietnam, MIKGroup has developed a series of high-profile real estate projects such as Imperia Garden, Imperia Sky Garden, Park Riverside, Villa Park, Mövenpick Resort Waverly Phu Quoc, Imperia Smart City, The Matrix One, and many townships in other municipalities. With a mission to create world-class developments with outstanding quality and to accompany customers in their achievement of prosperity, MIKGroup not only focuses on the quality of construction, design, and amenities, but also creates novel life experiences, thus raising the living standard of Vietnamese people. One of such life experiences is watching the outstanding performances of the world's top speed racers at F1 Vietnam Grand Prix.

It is noteworthy that The Matrix One is located right next to the vibrant F1 racetrack at turns six, seven, eight, and nine. Boasting an impressive design, the high-end apartment complex allows its residents to fully enjoy the speed races in the comfort of their own home, which is a superb advantage that no other high-end real estate projects can offer.

As F1 Vietnam Grand Prix is around the corner, MIKGroup will work closely with VGPC to present the most outstanding performances to speed enthusiasts. The success of F1 Vietnam Grand Prix will be a highlight in the history of Vietnam, putting the country and its capital Hanoi on the global map of sports and tourism, and opening up a plethora of networking and partnership business opportunities.